New lawyer on the way...

Let me introduce Karrie Louden, who is now working with me. Ms Louden will soon be admitted to practice law and is well suited to my practice: she has a degree in agriculture, is a well known equestrienne, and enjoys the outdoor life being a keen hunter. She brings to my practice the kind of expertise and experience that is becoming scarce amongst the legal profession these days and is crucial to the proper representation of my clients. The vast majority of young lawyers now have no connection with agriculture or hunting. Indeed they are captured by the green, leftist, authoritarian thinking that wants to end the lifestyle that makes this country a good place to be ( or once was ).

As youngsters, we all had the fantasy of discovering, in a remote location, a hidden treasure. Last weekend that dream became reality for some adventurous children on a family holiday at Murchison House Station. While exploring in the bush they found a small rock cave. The entrance was blocked by some rocks. They removed the rocks. In the cave was a metal box. They opened it. And inside they found ... a World War II Browning machine gun and a Boito shotgun. Both are in good working order.

Murchison House Station, near Kalbarri, and owned by my friends, Calum and Belinda Carruth, has a rich and colourful history.These two fascinating items are part of that history. The police now have them and the plan is to render them innocuous so that they can go back to the station to be used for display purposes. They surely would have stories to tell. For example, the shotgun it seems never had a serial number. It certainly is no sporting gun. But it is not a typical sawn off shotugn. It is, in fact, well made. The barrels have a front bead on them even. I am told that, many years ago, Boito factory workers would in their “own time” make for “unofficial” buyers very short barrelled shotguns with pistol grips. Maybe that is true, and this gun is one of them. Who knows?

Anyway, the moral of the story is this: if you see what looks like a cave out in the bush, make the effort to look inside. 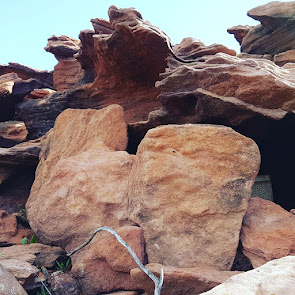 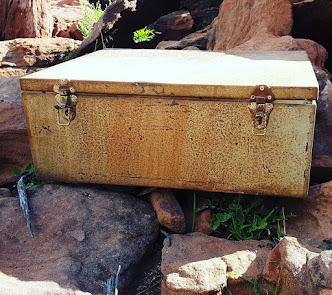 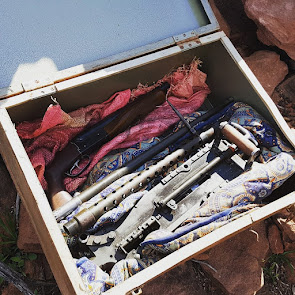 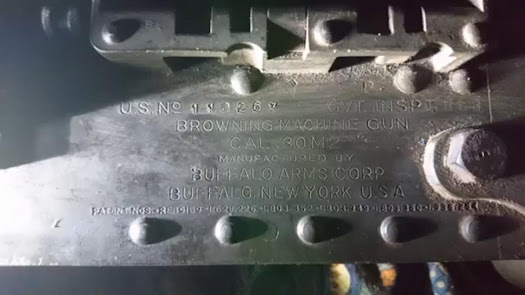 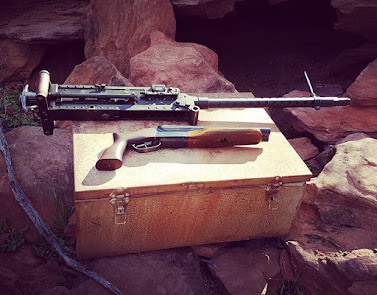 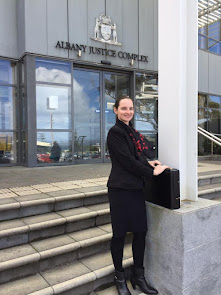 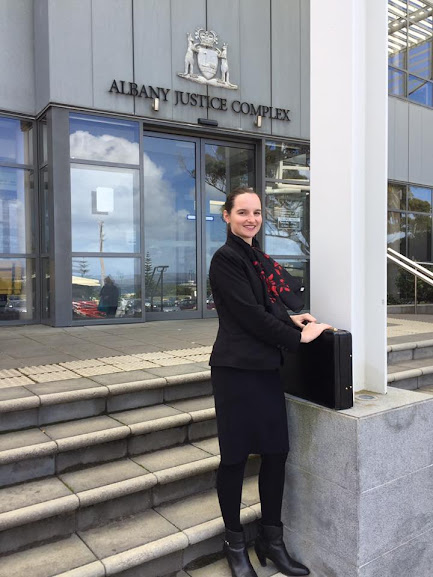 Renew your licence on time!

The WA Police are charging people whose licence has expired. They issue an infringement notice ($400+ penalty) AND, in some cases, they also charge you for possessing unlicensed firearms. This has happened even where a firearm is co-licensed and has not been used by the person whose licence had expired!

You can renew your license 1 month before or up to 3 months after expiry without much problem. Once you go over the three months you may well find yourself in a difficult position.

Check your licence. Put a reminder in your phone in case you don’t get the renewal. And call me BEFORE talking to the police if you have a firearms issue. I spend too much of my time explaining to to the court that you did not really mean what you said, or that the police misunderstood you, or even that you did not say what the police say you said.

Save my number in your phone: Ross Williamson 0407 426 796
Remember, I defend all types of criminal law, not just firearms.

I have just had a win against the RSPCA. That awful organization had taken a horse from my client, famous horse trainer and dressage teacher, Marjorie Armstrong, of Cranbrook, on the grounds that it was skinny. Ms Armstrong tried to explain to them that it was skinny because it was recovering from an infection which she had successfully treated and that the horse was in fact putting on condition every day. But the RSPCA would have none of that. They grabbed the horse and took it to a secret location. On behalf of Ms Armstrong I applied to the court for an order the RSPCA return the horse to its rightful owner. The RSPCA fought the application at first but after 4 months they gave in and agreed to return the horse. That would not have happened without Ms Armstrong taking them on. The exercise has cost the RSPCA a small fortune: they had to find a place for the horse, they unnecessarily got a vet to look at it, they had to pay for animal transport, and they will have to pay my legal fees. What a waste of money! Yet the government gives them your money.
The RSPCA is well known for being captive to the animal liberation way of thinking. That is why they oppose hunting and live exports. They are the enemy of those who hunt or have livestock. If they ever ask for permission, without a warrant, to enter your place, say no. Then call a competent lawyer. Assume they are out to get you.